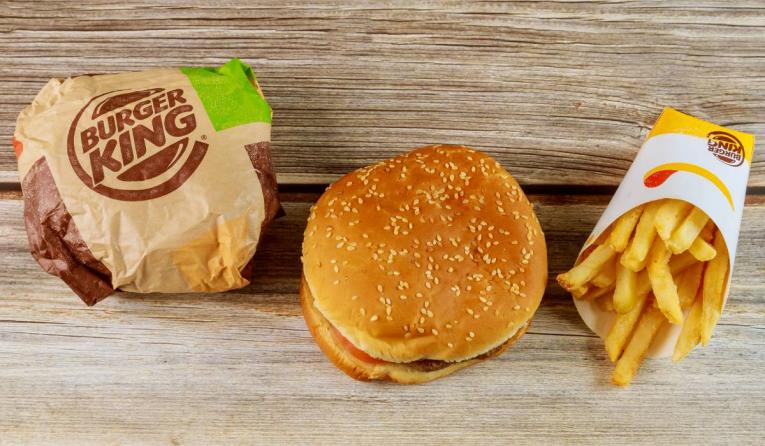 Burger King is the seventh-largest quick-service brand in terms of US sales, according to the QSR 50down from fifth in 2019. The chain was jumped by Wendy’s, which made a major splash with its new breakfast menu at the start of the pandemic, and Dunkin’, a company now under the guidance of Inspire Brands.

Change is coming—Cil has indicated as much for more than a year now. In August 2021, Burger King announced the promotion of former COO Tom Curtis to president of US and Canada, and a month ago, it named Thibault Roux chief digital officer. Operationally, the company spent the past few months simplifying menu and processes, focusing on core offerings, strengthening its value platform, removing the Whopper from discounting, realigning brand messaging, and growing digital sales.

The turnaround strategy will reach a crucial point in September when US operators gather for their national franchisee convention. Here, Cil and RBI leadership will reveal plans and investments that will “springboard compelling, long-term growth.”

“We think the underlying profit performance of the business, even in difficult circumstances, is the barometer of why we believe long-term in the ability to drive that BK business from a sales and ability standpoint,” Cil said during RBI’s Q2 earnings call. “More to come on that. Excited with the progress we’ve made, but there’s a lot more to come with the BK business and excited about the team that we’re building and the progress that we’re making with the franchisees.”

Can Burger King Spark a Comeback?

Burger King’s US same-store sales lifted 0.4 percent in Q2, or 13.4 percent on a two-year basis. Both are sequential improvements from Q1, which saw comps drop 0.5 percent year-over-year and increase 6.1 percent on a two-year stack. Positive sales in the second quarter were driven by a net benefit from core offers, the value-based $5 Your Way Meal, and contribution from digital and delivery channels. This was offset by the lapping of stimulus in April and May. The concept once again closed the comparable sales gap between itself and quick-service competitors. Also, product reduction resulted in an improved guest experience without near-term negative impacts to sales.

Cil said Burger King’s digital progress is “steadily advancing,” as it continues to leverage native delivery and its budding loyalty program, Royal Perks. In Q2, the best example was the brand’s Frequent Fry’ers campaign in which loyalty guests were offered free fries every week for the rest of the year. The promotion proved to be incremental. With marketing, the chain is focusing its media on fewer well-tested, high-quality, and high-impact messages. In that same vein, Burger King is working with its new creative agency, O’Keefe Reinhard & Paul, to further engage consumers.

To assist franchisees as they navigate ongoing macroeconomic pressures, Burger King rolled out an employee value proposition, improved its feedback framework with a new franchisee success system online dashboard, and expanded field teams. Cil believes operators’ use of the value proposition guidebook, which includes best practices on hiring and retention, fueled a quarter-over-quarter increase in average hours of operation. The online dashboard allows franchisees to compare key restaurant-level metrics to the system average, as well as top 10 percent of operators. Cil explained that once an opportunity has been identified—speed of service, order accuracy, etc.—the larger field teams develop an action plan to help operators.

“Collectively, these initiatives are driving guest satisfaction, which has improved sequentially over the last four quarters,” Cil said. “As a reminder, we have a significant growth opportunity from improving this metric in particular, as we’ve seen a clear positive correlation between guest satisfaction and higher sales sales.”