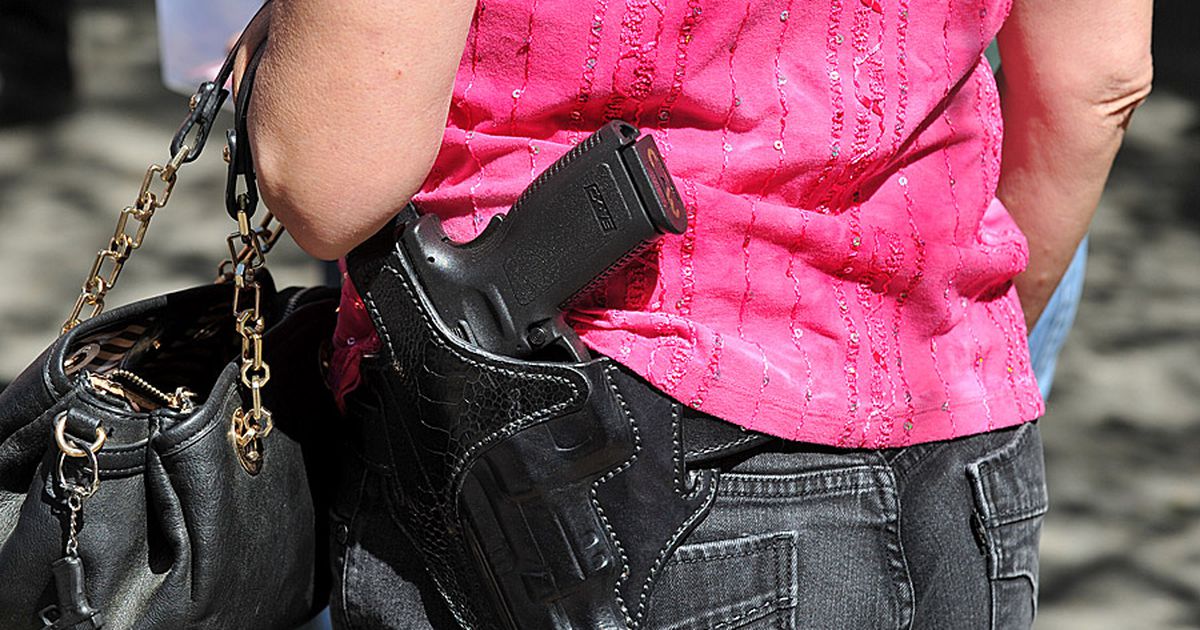 Tuesday’s news story pointed out that, for years, there had not been a legal consensus on whether that law was also applicable to private events taking place on public property.

That changed with a 2019 Georgia Supreme Court ruling that made it harder for private groups to restrict guns at short-term events taking place on public real estate. An appellate court affirmed that decision earlier this year.

Given those rulings, gun-rights advocates had questioned whether Music Midtown had the legal power to ban weapons “of any kind” at the event, as the festival’s operators had typically done.

The end result, according to the sources who spoke to reporters, was that festival owners were concerned about the threat of a lawsuit from gun owners if they tried to hold the event with a gun prohibition in place. There were also concerns that some of the scheduled artists would refuse to perform if weapons were allowed at the venue, a source said.

The next step, perhaps inevitably given the diverging views, was the boilerplate-language announcement telling of the festival’s cancellation due to “circumstances beyond our control.”

The decision is a disappointment to the tens of thousands of music fans who’d been expected to gather to hear performances by top-tier artists. About 50,000 people attended Music Midtown last year.

It’s likely tempting in some circles to write off the stopping of the festival as just another example of “cancel culture” that seeks to infringe in a “woke” way on 2nd Amendment constitutional rights. That’s especially likely, given this is an election year in Georgia and guns are a popular topic for both political parties.

A better, more-objective way to assess this matter perhaps is with a financial calculator in hand and looking at it in a manner similar to that used by advocates of sports stadiums and similar public venues.

Tally up in whatever detail you like what would likely have been spent by attendees at Music Midtown and what they would have dropped into local coffers before, during and after the performances. Call it the economic impact.

The amount is likely significant, even without applying some sort of multiplier effect common to these types of projections.

The total is money that will now be spent elsewhere, perhaps outside of Georgia.

It’s reasonable, too, to infer that news of the festival’s cancellations could give other entities and individuals pause to reconsider their visits or investments in Georgia.

If nothing else, there are several other big music festivals here that operate in a similar way, entertaining crowds by operating temporary private events on public land. If they decided to pull out of Atlanta as well, the loss would be significant in terms of both foregone dollars and tarnish to our reputation as the cultural capital of the South.

Also likely to be on the minds of these decision-makers is the new state law allowing legally eligible Georgians to carry guns without going through the formality of a background check and the other paperwork required to secure a weapons carry license.

Yes, the 2nd Amendment remains firmly the law of the land. We’ve made that point multiple times through the years on this newspaper’s editorial pages. Several of those editorials also noted the counsel of the late, conservative Supreme Court Justice Antonin Scalia, who remarked in a landmark 2008 gun rights case that, “Like most rights, the right secured by the Second Amendment is not unlimited.”

And rights exercised sometimes carry a cost, we’ve written before too.

In that vein, the loss of Music Midtown may not be the final such entry on the red-ink side of our community’s fiscal ledger.

For a state that so wants to be seen as an A-list player in economic and cultural affairs nationally and globally, Georgia and its lawmakers need to honestly assess the potential cost of lost opportunities.

And they need to weigh whether the loosening of gun laws in recent years is worth that fee.