Certain powdered infant formula products produced by Abbott Nutrition are being recalled from shelves after harmful bacteria was discovered at a manufacturing plant in the United States (US).

Abbott Nutrition, a healthcare company headquartered in the US, has issued a voluntary recall of powdered formulas including Similac, Alimentum, and EleCare. The recall, announced on Thursday, only impacts products produced at a plant in Sturgis, Michigan.

Formulas manufactured at this plant are exported across the world, with notices issued to more than 40 countries, including South Africa.

Both the US’ Food and Drug Administration (FDA) and Food Standards Australia and New Zealand (FSANZ) have already issued official recalls of certain Abbott products with an expiration of 1 April 2022, or later.

Cronobacter sakazakii is a germ found naturally in the environment that can live in dry foods, according to the Centers for Disease Control (CDC). The bacteria can cause diarrhoea and urinary tract infections. It can affect people of all ages but “infection can be very serious in infants” and “deadly in newborns”, warns the CDC.

No traces of Cronobacter sakazakii have been detected in finished products, although Abbott says testing will continue.

“We know parents depend on us to provide them with the highest quality nutrition formulas,” said Joe Manning, Abbott’s executive vice president of nutritional products.

“We’re taking this action so parents know they can trust us to meet our high standards, as well as theirs. We deeply regret the concern and inconvenience this situation will cause parents, caregivers and health care professionals.”

While no official recall notice has yet been issued in South Africa, the National Consumer Commission (NCC) confirmed to Business Insider SA that it had been in contact with Abbott. The NCC added that it would issue a public notice as soon as it had the necessary information, including the specific product’s name and batch number.

There is, however, an indication that one product – Similac Alimentum – will be affected in South Africa, according to an Abbott representative who spoke to Business Insider SA.

“The only product that is affected is Similac Alimentum,” said the Abbott representative.

“All other [Abbott] Nutrition products distributed in South Africa are produced at other plants and they are not affected. A public notification will be sent out… I cannot confirm the date yet, but we are working on it.”

Similac Alimentum is an extensively hydrolysed milk protein that is lactose free for infants 0 to 36 months. The product is stocked in South Africa by Dis-Chem, which did not respond to questions about the recall by the time of publication.

Clicks, which also stocks a variety of Abbott products, told Business Insider SA that it had issued an internal recall on Monday morning.

“We immediately issued a notification for removal of the product from shelves, for return to the supplier, as customer safety is our number one priority.” 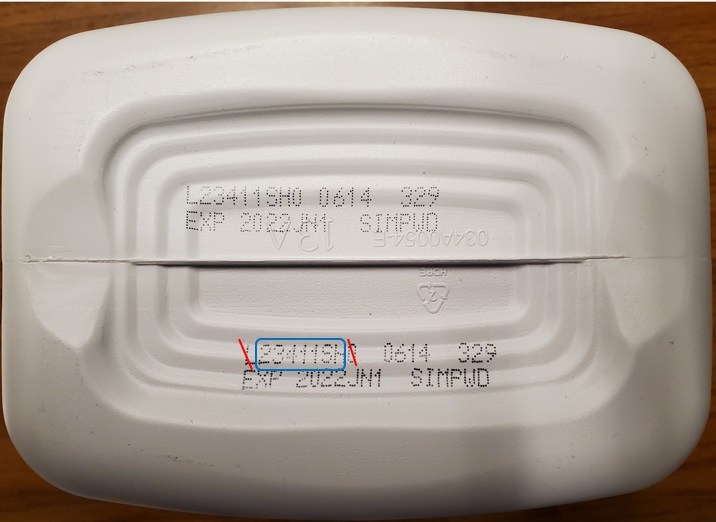 Examples of containers indicating the characters to enter in the lot search field: on similacrecall.com Examples of containers indicating the characters to enter in the lot search field: on similacrecall.com

The products under recall have a multidigit number on the bottom of the container starting with the first two digits 22 through 37, contains K8, SH, or Z2, and with an expiration date of 1 April 2022, or after.

The code on the bottom of the product can also be checked at similacrecall.com to see if it’s impacted by the recall.