The iconic Summer Place in Johannesburg’s suburb of Hyde Park sold at auction for R129 million on Wednesday morning to a consortium of property developers in the hospitality sector.

Summer Place is a sprawling property, almost 40,000m² in size, located in the affluent suburb of Hyde Park. It’s considered a famous South African landmark with a colorful and interesting history. For the past 28 years, it’s served as a banqueting and conference centre, welcoming guests from around the world. Summer Place was originally developed for “oil baron” Marino Chiavelli in 1984. A decade later, the property was bought by the wealthy Krok brothers for R12 million. 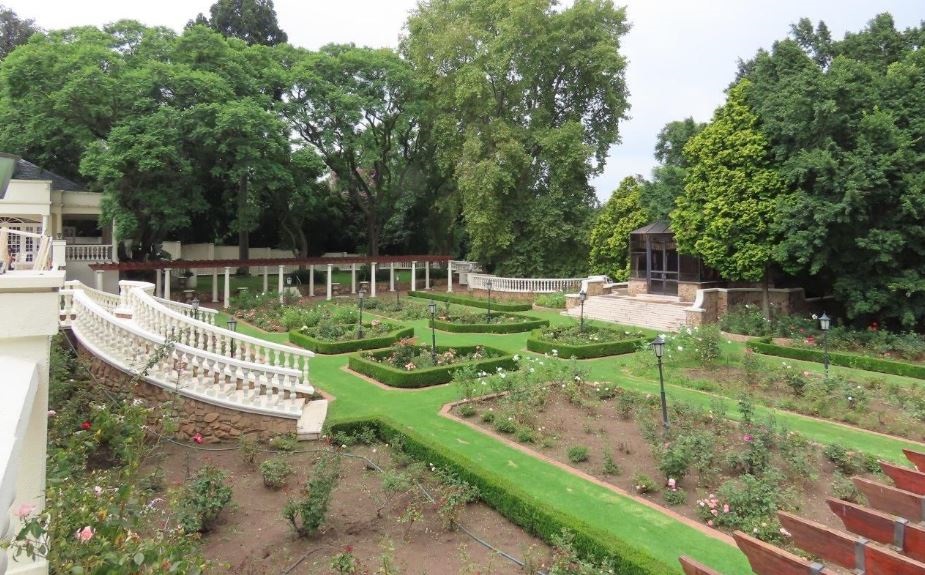 On Wednesday morning, at an on-site auction facilitated by Broll Auctions, Summer Place sold for R129 million. The sale is subject to final confirmation, Broll’s Andre Potgieter told Business Insider. The property was sold to a “consortium of local property developers that operate in the hospitality space” according to Property Wheel. The 4,800m² Summer Place building has two primary banqueting venues – the Apollo Room and the Annex Room – as well as the Melville Terrace and a grand foyer. The executive business and conference center is comprised of three boardrooms and two storerooms.

The Summer House has a ballroom, dining room with adjoining bar, and boardrooms named after the Krok brothers, Abe and Solly. The property also features a synagogue and function halls. The 800m² Lewis property has three bedrooms, as many bathrooms, four reception rooms, a kitchen, three garages, six staff rooms or storerooms with 2 bathrooms, and a private pool. Summer Place has approximately 400m² of office space. In addition to the vast buildings, the property also has immaculately landscaped gardens, with well-lit pathways stretching throughout the grounds and a wine cellar with the capacity for 5,000 bottles.

There is, however, one fixture at Summer Place which has been explicitly excluded from the sale: a large sculpture crafted by famed South African sculptor Danie de Jager. “The owners would potentially look at offers on the sculpture separately,” said Broll.