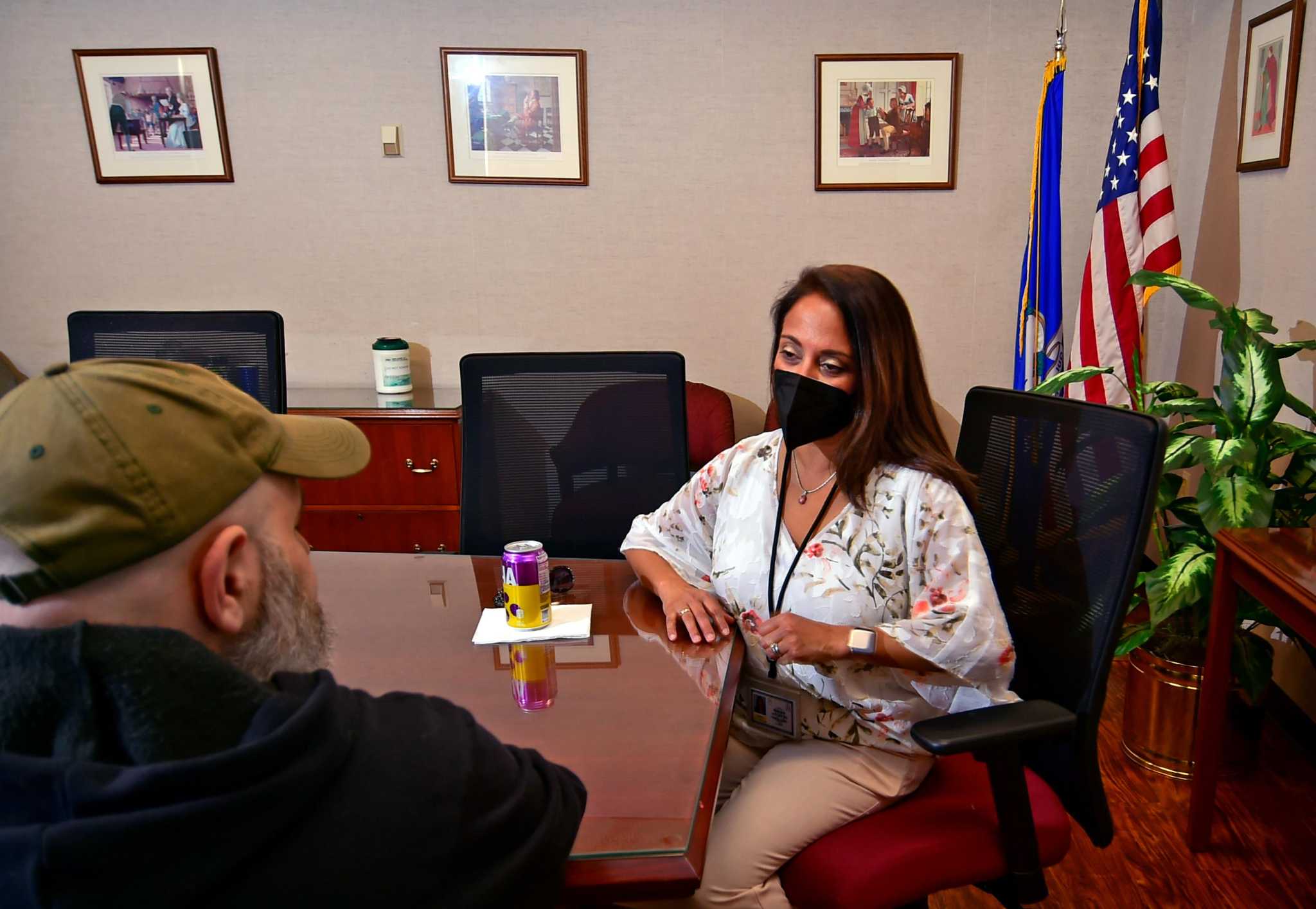 I had the pleasure of attending a super-spreader event two Saturdays ago, a maskless, indoor soiree with the windows closed on an air-conditioned night, featuring a key person who had been sick with COVID-19 all week and elected to show up in full force without a mask.

Within three days, at least 14 out of about 70 people had tested positive. My girlfriend, a front-line worker, joined the sick list for the first time in the whole pandemic. I knew my streak of negative results was in peril too.

By Thursday I sported the telltale BA.5 cough and on Friday morning, my fatigue and slight fever rendered a 15-minute antigen test needless. I took it anyway. You know, science, journalism and all that.

Now it’s Wednesday — the pivotal Day 6. I’m living the COVID controversy that my colleague Jordan Fenster and others have been reporting.

Should I go out into the world, masked but still inviting the rest of Connecticut to have what I’m having in a microbe-sharing kind of way?

CDC, the US Centers for Disease Control and Prevention, says yes, I’ve isolated long enough — even though I’m still feeling symptoms. Stop & Shop is ready for my business. And yeah, I’m getting down to that last blueberry.

Common sense and many experts, including the smart people at the Yale School of Public Health, say no. I need to wait another two days at least. The CDC guidelines, issued last December, are just too loose, that camp argues, and that’s one of the reasons we’re seeing a surge in cases.

What’s a guy to do? Coronavirus remains the ultimate public chaos; there’s no absolute answer. Figuring out quarantines and isolations is moral art, not scientific certainty. Here are the facts:

Based on my July 28 onset of symptoms, the following day, Friday, July 29, was Day 1. I tested positive that morning but that test was less relevant than the timing of the cough and fever. I needed to isolate for five full days, through Tuesday.

Now here’s the key: CDC says I can go out in public with a mask on Day 6 if my symptoms are improving and my temperature has been normal for at least 24 hours, which it has been, according to a digital ear thermometer I last used on my toddler daughter in the 20th century.

Never mind the fact that my antigen test late Tuesday showed a “positive result” line so thick and dark it could be read by Russian satellites. CDC guidance, spelled out on a web page with an online calculator, doesn’t even ask us to do a follow-up test. Just head on out, never mind that I’m still coughing and sluggish (and annoyed at the latest Yankee trades).

Yale School of Public Health disagrees based on a lot of studying they did.

“We decided that the weight of evidence was better on seven days than five days,” Dr. Sten Vermund, a pediatrics professor at the YSPH and expert on infectious diseases who recently completed a 5-year stint as the dean, told me Wednesday. “That’s the difference between us and CDC.”

That is, for its own community, Yale calls for people testing positive to isolate for at least seven full days after symptoms, not five. The school doesn’t issue public health guidelines but here’s a hint: This isn’t Fred’s Laundromat and Grinder Shoppe. It’s Yale and these carry the force of public guidelines.

I’m a classic illustration of the debate as it turns out — and from talking with a lot of people, I’m clearly not unusual. The positive test and cough make a clear argument that I wouldn’t want to be near me, if I were not me.

“That’s a pretty good reason why I would stick with the Yale guidelines rather than the CDC guidelines,” Vermund said. “I like our Yale guidelines. This is exactly what we debated when we went through the data.”

Everyone agrees a person who has tested positive or had a clear exposure should wear a mask — tightly — in public at least through Day 10. That adds protection for other people especially if we stay away from crowds.

And everyone agrees that applying a little common sense doesn’t hurt. “You can make a personal choice you’re going to stay home,” said Dr. Manisha Juthani, the state commissioner of public health. “If you don’t feel well, in general don’t go out….I think listening to your body and listening to yourself is an appropriate way to go.”

Juthani defends the state’s use of the CDC guidelines for our own public health recommendations. They are a balance between realistic advice that people might follow and a zero level of risk, which we can’t achieve.

Clearly, the more time that passes, the lower the risk. I’ll make decisions based on my life and I don’t take for granted the fact that have more options than a lot of folks with front-line, low-wage jobs. Or weddings on Day 7.

The CDC guidelines aren’t based on data or evidence, but then, clear scientific evidence remains elusive, Dr. Tom Balcezak, chief clinical office at Yale New Haven Health, told me. Adding to the chaos, each person could be different.

“If you have the means and it’s not a hardship, I would wait until your antigen is negative,” he told me late Wednesday.

More confusion: My doctor’s office — citing the CDC — told me to stay home until the symptoms disappear or until Day 10, and then I should still be careful.

Here’s a real quirk. Under the CDC guidelines, I could leave the house Wednesday because I had symptoms starting last Thursday and they got better. But if I never had symptoms and tested positive on Friday, I couldn’t end my isolation until this Thursday.

“It’s a bit of a glitch,” Vermund at Yale Public Health said.

This much is clear: I need blueberries. Maybe I’ll head over to the outdoor produce market. I’ll definitely skip my friend’s midsummer house party.