Editor’s note: The following article is an op-ed, and the views expressed are the author’s own. Read more opinions on theGrio.

I recently watched Pastor Shirley—check it out on April 16 and April 30 on TheGrio TV and TheGrio app—and I have so many questions; I want to know everything about this film, from why folks signed on to make it to did anybody actually watch it? And you know I love a good, ridiculous movie, but this one tested my mettle. I’d like to share with you about this movie. Can I kick it?

I feel you, but I’m going to share anyway. 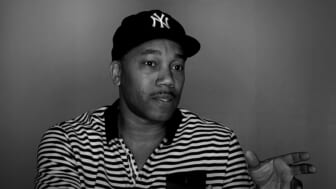 Aight, so boom, Pastor Shirley is a film starring Paula Jai ​​Parker (we need to examine her film career at some point; she’s been in a veritable cornucopia of films and shows dedicated to Black stories—salute) as a kind of a finesser who has an impeccable knowledge of the Bible and bills herself as a community organizer, pastor and masseuse. She does all three in this movie without doing any of them in this movie.

She borrowed $100 from a loan shark to make some business cards that has ballooned into a payment of $2,100 that she cannot pay. She thinks the world is finna be over until she gets a call from Jason (Robert Ri’chard), a young pastor-in-waiting (I suppose) who wants to save the church he grew up in from being sold to a developer by his uncle, Pastor Leeland (Dorien Wilson). From my understanding, the church has already been sold; They have to pack up the church and be out in like a week, but Jason asks God for help, knocks over a box and finds Pastor Shirley’s card. He calls her, and she shows up and gets to saving things.

A few things of note: The church is in a neighborhood, so bad folks like Satchel (Jackie Long) are robbing the church. It’s closed, so I’m not sure what he expects to find, but he’s looking. Folks’ homes get robbed regularly, and the police are trying to find the culprits. Anyway, Jason calls Pastor Shirley, who shows up and, in her unorthodox style, saves Satchel from a life of crime and convinces his mother (played by Laura Hayes) to let him be a man and grow up and come help out at the church .

Pastor Shirley also somehow manages to save a homeless girl, Ella (Tiara Ashleigh), who is on the run from her abusive ex-boyfriend. Now I’m a little lost on this storyline; according to Ella, she’s been on the run for the past two weeks (admittedly, I did not hit rewind to verify this date), but apparently, she left her very, very rich life “a long time ago” because her father, who just so happens to be the developer buying the church along with the rest of the community; he basically hasn’t seen his daughter in what sounds like years. I’m not about to rewatch this to find out. Let’s assume I’m right.

So, Pastor Shirley saves Ella and Satchel, and in one last bit of true saving graces, she saves the church from a gun-brandishing robber who was gonna take them all out for snitching on him (nobody snitched, by the way) by punching him, knocking him out cold. The developer shows up, and Ella tells him that the church saved her life, so he decides the church (which apparently ALSO doesn’t have any members, partly why it was closing….or moving? That made no sense either) can stay . Pastor Leeland, who stood to make a lot of money in the deal, is nonplussed and storms off, though he has apparently a new church, too. 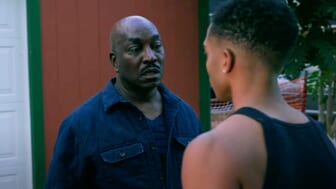 Oh, and the loan shark’s henchman shows up at the church because Pastor Shirley, who has no money to her name, does have a plethora of credit cards and buys a pizza with them, which somehow alerts the loan shark to her whereabouts. I don’t know how or why, but you know what? Whatevs. Loan shark henchman shows up and demands full payment of the $2,100, which the rich developer dude pulls out of his back pocket and sets Pastor Shirley free to become a new church mother and help the community.

I just re-read what I wrote, and you know what, this doesn’t sound like a terrible movie. It sounds like First Sunday meets Friday. And in some ways, this movie kind of is the merger of those two, just minus the laughs, heartwarming story or script. But it is right there waiting for you to check it out, and it’s only an hour and 20 minutes long. So if you need a little spiritual guidance and abundance, check out Pastor Shirley while you wash dishes or fold some clothes.

Panama Jackson is a columnist at theGrio. He writes very black things and drinks very brown liquors, and is pretty fly for a light guy. His biggest accomplishment to date coincides with his Blackest accomplishment to date in that he received a phone call from Oprah Winfrey after she read one of his pieces (biggest) but he didn’t answer the phone because the caller ID said “Unknown” (Blackest) ).