The food service industry faces steep labor, quality control and sustainability challenges exacerbated by the pandemic. According to NSF International, a product testing and certification organization, more than half of quick-service restaurant (QSR) managers found staff turnover to be an issue for their business, with 20% saying that it had the biggest negative impact on operations within the past several months. One in 10 managers and employees admitted to NSF in a February survey that, facing high order volumes, they recently skipped automatic cleaning cycles or ignored error messages on equipment.

Ingo Stork-Wersborg claims his company, PreciTaste, has the solution — with the key ingredient being AI. PreciTaste sells a service that monitors food quality in quick-service kitchens, predicting demand and supply to make order prep recommendations to workers.

PreciTaste was bootstrapped until today, which marks the closure of the startup’s $24 million Series A round. Melitas Ventures and Cleveland Avenue LLC co-led the tranche with participation from investors, including the CEOs of Burger King and McDonald’s and Enlightened Hospitality Investments, the fund co-founded by Shake Shack CEO Danny Meyer.

“The pandemic has increased the need for digital optimization in the QSR space. While other industries are experiencing a slowdown, foodservice operators continue to heighten their focus on digital solutions to create kitchen efficiencies, which is a major factor in securing our … funding,” Stork-Wersborg told TechCrunch. “For a QSR operator, PreciTaste is an established platform for precise, demand-based cooking. It maximizes efficiency, enhances quality and reduces food waste through its proprietary ‘always-on’ kitchen management system. The technology is proven to reduce overhead costs and food waste by instructing crews to only cook as much as they need and is highly scalable.”

Stork-Wersborg co-founded PreciTaste over a decade ago with his wife, Laura, building on technology originally developed at the Technical University of Munich. The company began as PreciBake, focusing on automating baking processes in commercial ovens.

PreciTaste’s current flagship is designed to handle a broader range of tasks, like how many burgers to prep ahead of a lunch rush. First, the system predicts demand by monitoring store traffic (via cameras), point-of-sales systems and available inventory. Then it uses additional cameras in the kitchen to check for supply and decide the amount of food to cook.

Suggestions (eg, “grill two burger patties,” “bake bread for 40 minutes at 375 degrees”) are relayed to crews through touchscreens. They’ll also see alerts if orders are inaccurate, depending on whether a QSR operator decides to enable the feature. Managers can monitor operations at one or more restaurants remotely on the back end.

Stork-Wersborg says PreciTaste can eliminate a substantial amount — 85% — of food waste at the point of sale, a claim that’s likely to pique the interest of potential restaurant customers. Driven by inflation, quick-service meal prices rose 7.3% in May, prompting diners to cut back on their spending. One recent survey found that 54% of consumers in the US are dining out less often while 33% are choosing to “trade down” in their restaurant selection. 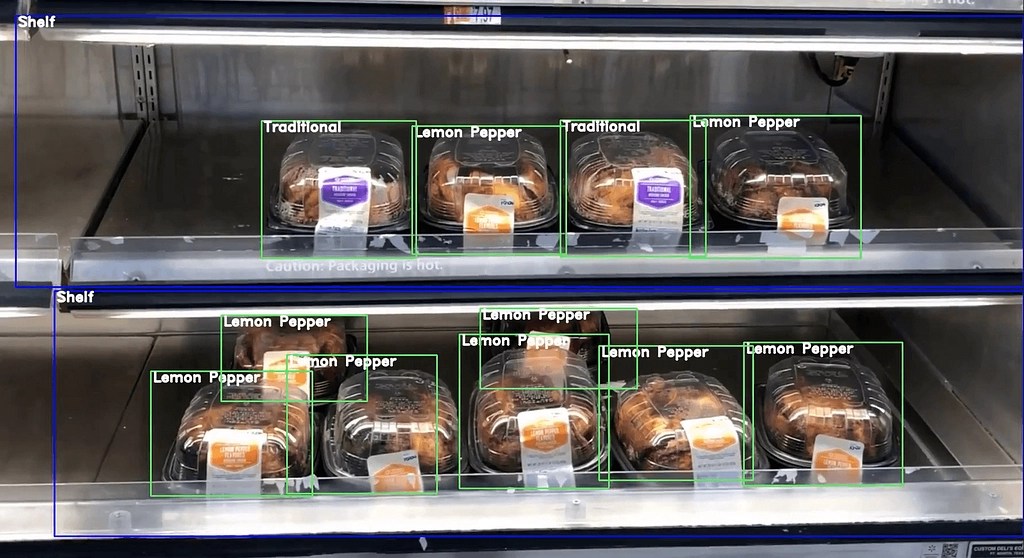 But AI systems are only as accurate as the data used to train them. Disappointingly, Stork-Wersborg declined to say what samples were used to train PreciTaste’s algorithms, as well as whether the system performs equally well across different types of food and kitchen setups.

“PreciTaste utilizes proprietary data augmentation [machine] learning methods based on its vast, fast-growing foodservice data library, which adds image data from the 19,000 meals prepared every five minutes that we currently track, to offer our clients computer vision that works at scale and in multiple regions,” Stork-Wersborg said. “To make its computer vision work at any kitchen, including unknown environments or situations, PreciTaste uses its growing food operations simulation data in its machine learning pipeline to increase robustness, which includes data from different levels of greasiness, aspect ratios, kitchen tools (including gloves), occlusions and more.”

When asked about another hot-button topic — privacy — Stork-Wersborg said that camera data is “in most cases” deleted right away. A PreciTaste competitor, Agot AI, has been described unflatteringly by some publications as a “surveillance” outfit.

“PreciTaste offers an offline-first edge AI solution. As such, we have full control over what happens to the customers’ data and can accommodate their data retention needs and data policies,” Stork-Wersborg said. “As our model training and optimization require computational resources unavailable at the edge, some data is anonymized and uploaded to our servers. Most of the data is analyzed at the edge and, in most cases, deleted right away.”

Stork-Wersborg says that PreciTaste’s prep-monitoring system is now installed at over 1,500 locations, including at a “growing roster” of US-based fast casual restaurants. (He wouldn’t name brands.) But the firm could face a tough path to future growth, given competition from the likes of Dragontail Systems, Leanpath, Winnow, Miso Robotics and the aforementioned Agot. 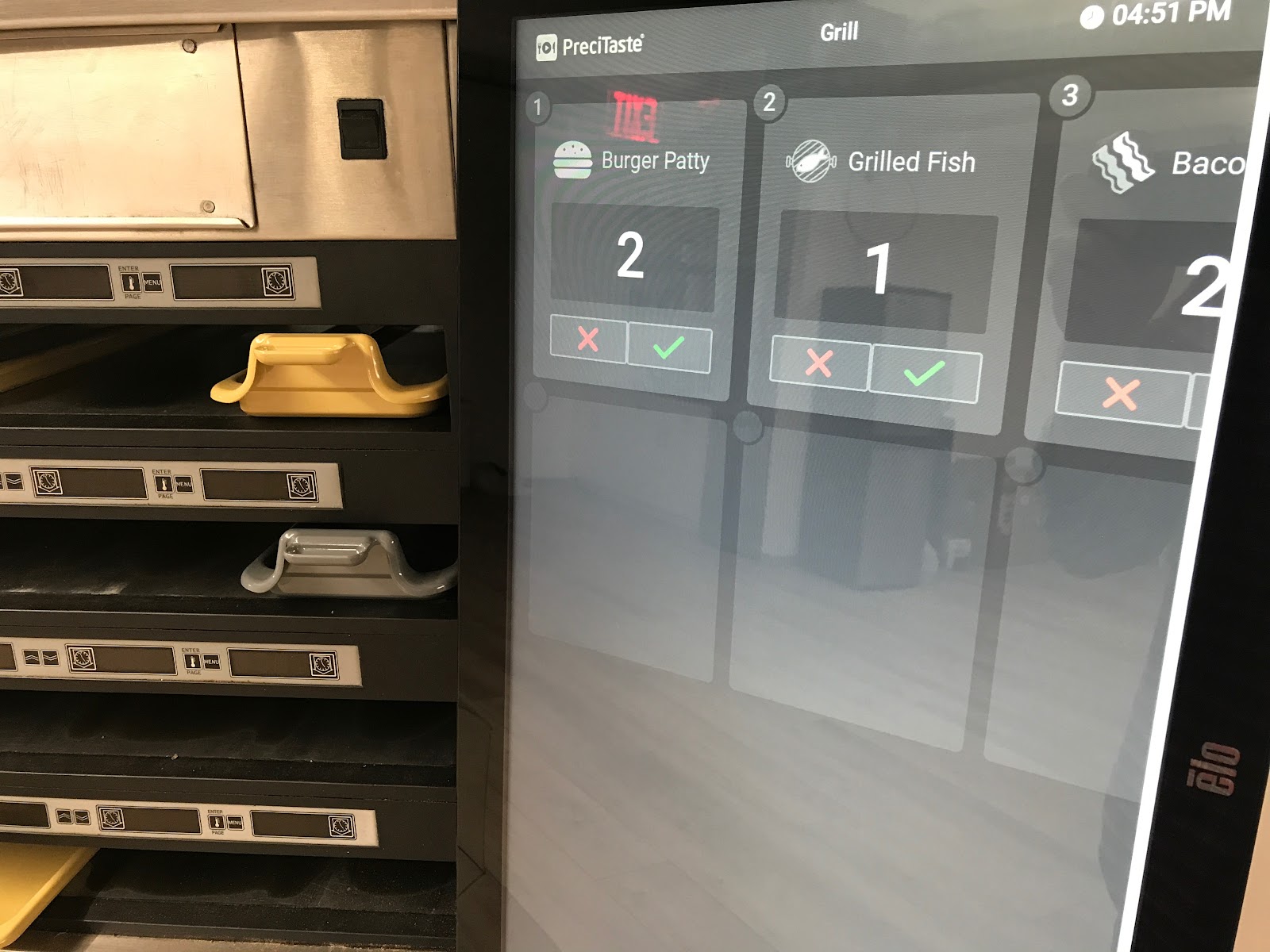 “The system collects data that not only helps the restaurants run more efficiently, but also enables management to verify that operational procedures are followed, even if no management is on-site. As such, it removes a blind spot and provides top level management with previously unavailable numbers to base their decisions on,” Stork-Wersborg said. “PreciTaste offers an AI kitchen management solution combining advanced computer vision and deep learning.”

PreciTaste employs 98 people across Germany, India and the US and plans to hire over 25 employees by the end of the year.