Riley Clasen originally set out for a career in fashion. After college, the Cypress, California native channeled her coastal roots, landing a job in the surf industry as a marketing assistant. Then came her dream jobs: First, at Roxy-Quiksilver and then at Paul Frank. Although Clasen worked in the sales departments at both companies, she says she found herself trending toward the creative aspects whenever possible, offering to assist with store installations and going on shopping trips with the design team.

Her official entry into design, however, didn’t happen until she was well into her career and came as a surprise even to her. When the designer she hired for her new home in Newport Beach, California suddenly moved abroad, rather than search for a replacement, Clasen did it herself.

“The ‘aha moment’ for me came when I finished the house,” she says. “It was due to get shot for a magazine, and it was so fun. I enjoyed every step of the way.” After and it editor, Clasen made business cards launched RailiCADesign in 2012.

In the decade since opening, Clasen and her team have been bringing her sunny, California-inspired style to a slew of residential and commercial projects. Her signature is adding a dose of the unexpected in the form of colors, materials, or playful touches. “A lot of people are going dark, moody, and textural,” she says, “but I want people to get a little bit of a smile [and say] ‘Wow, this is so cool.’”

She recently made her foray into hospitality design with the LOGE Camp in Leavenworth, Washington. Next, Clasen will lead the revitalization of the Pine Knot Motel, a 14-room beachside property in Newport Beach, and in downtown Orange, California, she’ll transform a historic 1906-era home into the Richland, an event space and bar.

She also recently partnered with the Concrete Collaborative on a collection of graphic mix and match tiles. When working on one of her projects, Clasen used products from the company to add her typical surprising touches: terrazzo for countertops and hot pink tile for a splash of color behind the earth-toned bar. Inspired by her originality, the company approached her for a partnership. The versatile tiles come in six bright colors with stripes, dots, and arches. “Someone once described my style as good design with a wink, and that really resonated with me,” she says. 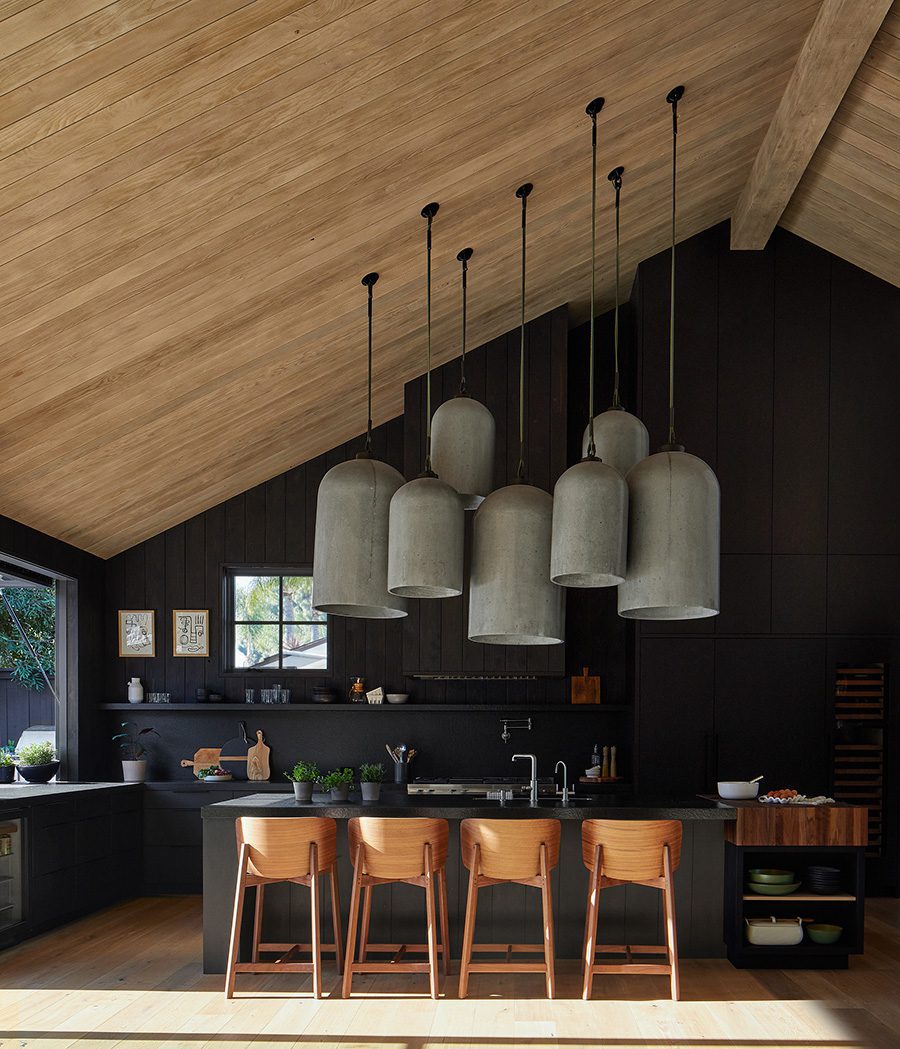