When he came up with the concept for Big Chicken, Shaquille O’Neal recruited two of Las Vegas’ leading chefs, Matt Silverman and Matt Piekarski, to create a menu reflective of his Southern roots. That meant turning some of Shaq’s family favorites into brand signatures and developing their own versions of top sellers, like milkshakes and fries.

Lucille’s Mac and Cheese, Shaq’s mother’s recipe with its Cheez-It crust, was a menu must-have, but it took some R&D to scale up.

“You can’t simply multiply a family recipe and make it work for a fast-casual chain,” said Silverman, also a managing partner in JRS Hospitality, which runs high-end restaurants on the Strip. “We start with the recipe concept and then work on many iterations until we get the end product we want.” 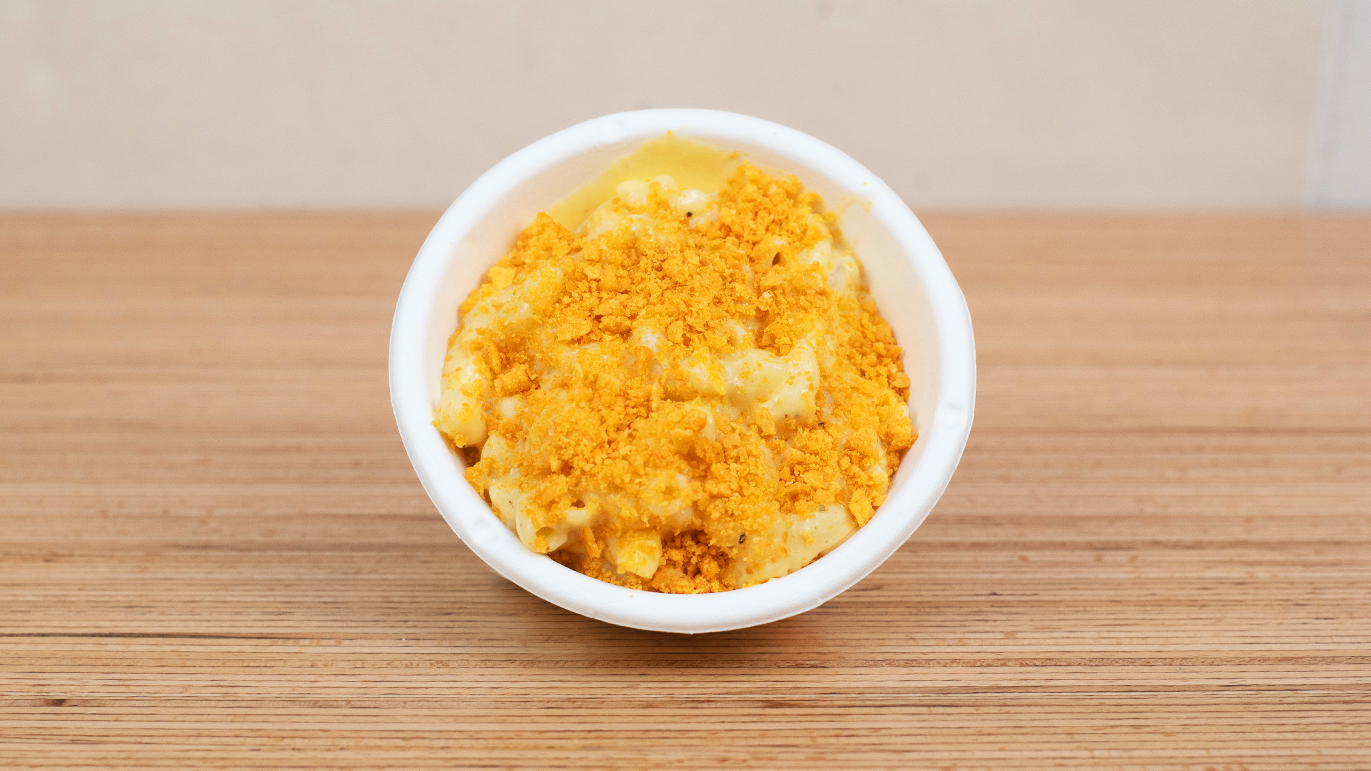 Like the mac and cheese, everything is made from scratch at the nine-unit fast casual—a best practice that sets the menu apart, said the chefs. For the signature fried chicken sandwich, “we developed the brine for the chicken breast, seasonings in the breading and all the sauces,” said Piekarski.

The breast is brined, breaded and fried to order in house. The cole slaw is also made in house and the six sauces—led by the Shaq Sauce, a creamy barbecue sauce—are all proprietary. The chefs worked with a supplier to perfect the sauces for volume operation.

The sandwich starts with a 5-ounce, cage-free, natural chicken breast—bigger than others in the quick-service space—and fitting for a concept called Big Chicken, said Silverman. All together, there are seven crispy chicken sandwiches on the menu, including the Charles Barkley, named for Shaq’s friendly NBA rival. It’s layered with mac & cheese, crispy fried onions and roasted garlic barbecue aioli. 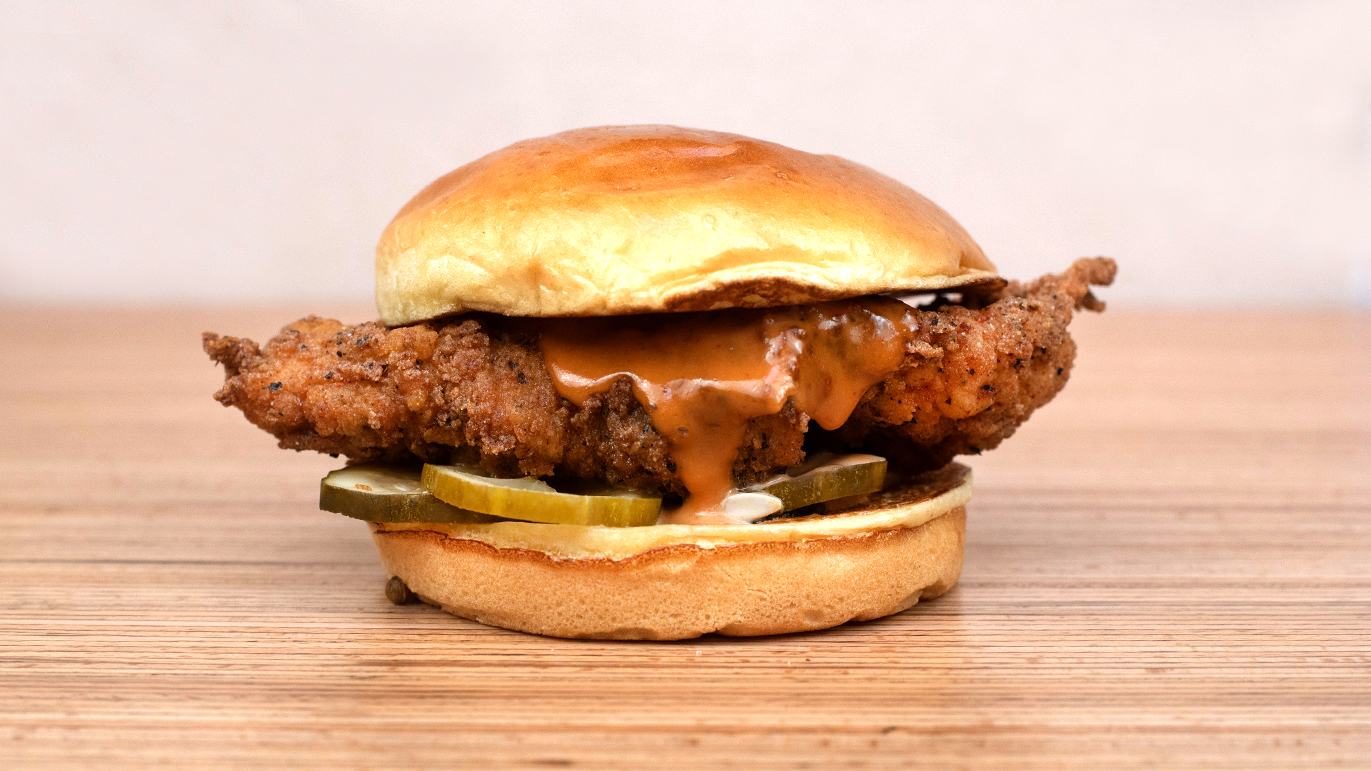 O’Neal has a lot of input into the menu items, said the chefs, tasting new items and recommending additions.

“Shaq loves chicken thighs,” said Silverman. “We used the breast for the sandwiches but a month ago, launched Popcorn Chicken, made with thighs.” It’s listed on the menu as “Shaq’s Favorite.”

One of the sandwiches that didn’t make the menu was the Shaq BBQ. The build included braised pork belly and kimchi. “We all loved it, but the customers didn’t go for it,” said Silverman.

The vanilla milkshake, on the other hand, is a fan favorite. But it took some trial and error to achieve the vanilla flavor the chefs were after.

“We wanted a Southern vanilla flavor to solidify the Southern fried chicken theme,” said Pierkarski. “We were aiming for a thicker shake, closer to frozen custard, with more fat content and buttery notes.” 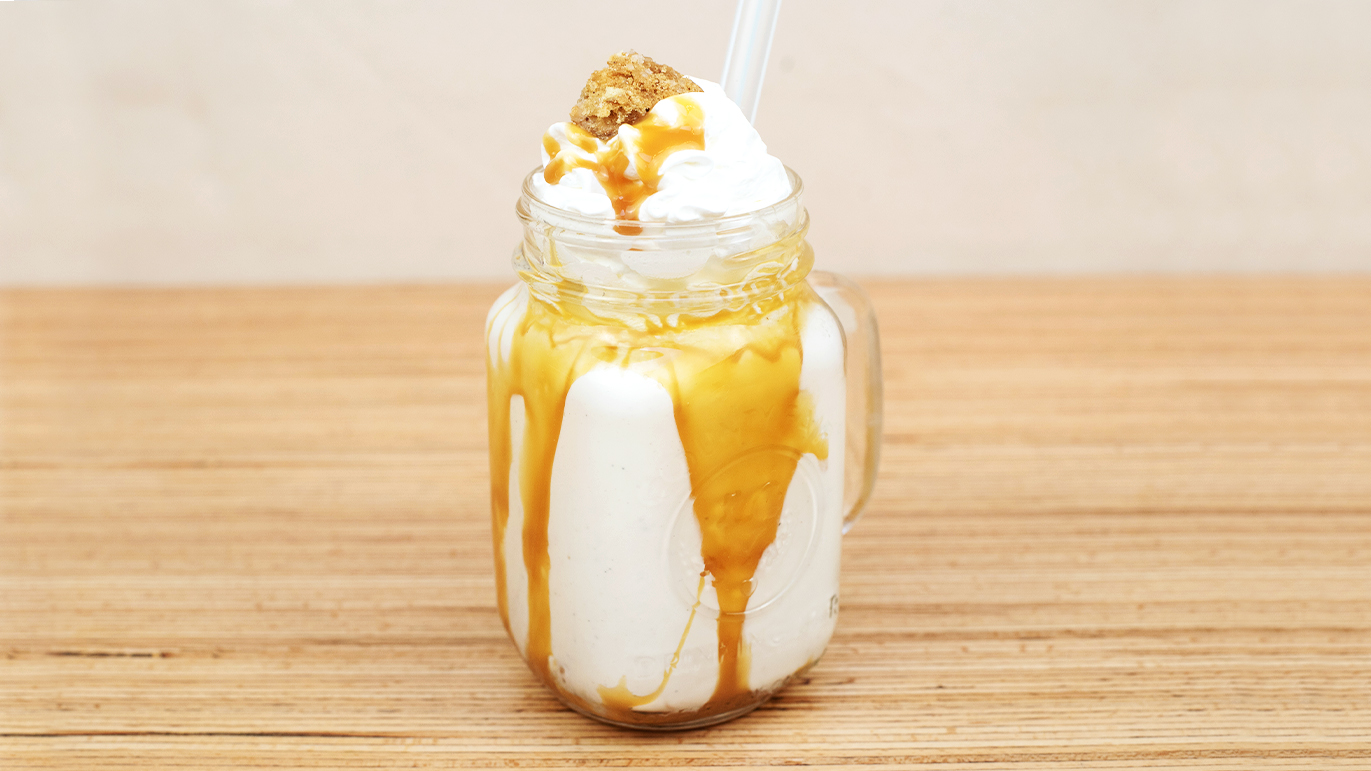 The chefs found what they were looking for in Scotts Bros. Dairy Southern vanilla ice cream. Instead of using milk to whip up the shakes, they use frozen custard mix to make it thicker. The rich vanilla base makes a good template for variations, including salted caramel, cookies and cream, and a recent LTO—peach cobbler. “That flavor worked well with the vanilla and reflected the Southern theme,” said Piekarski.

Also on the sweet side is a 9-inch basketball-sized chocolate chip cookie, also developed and baked from a scratch recipe. “It’s a popular add-on and meant for sharing,” said Silverman. 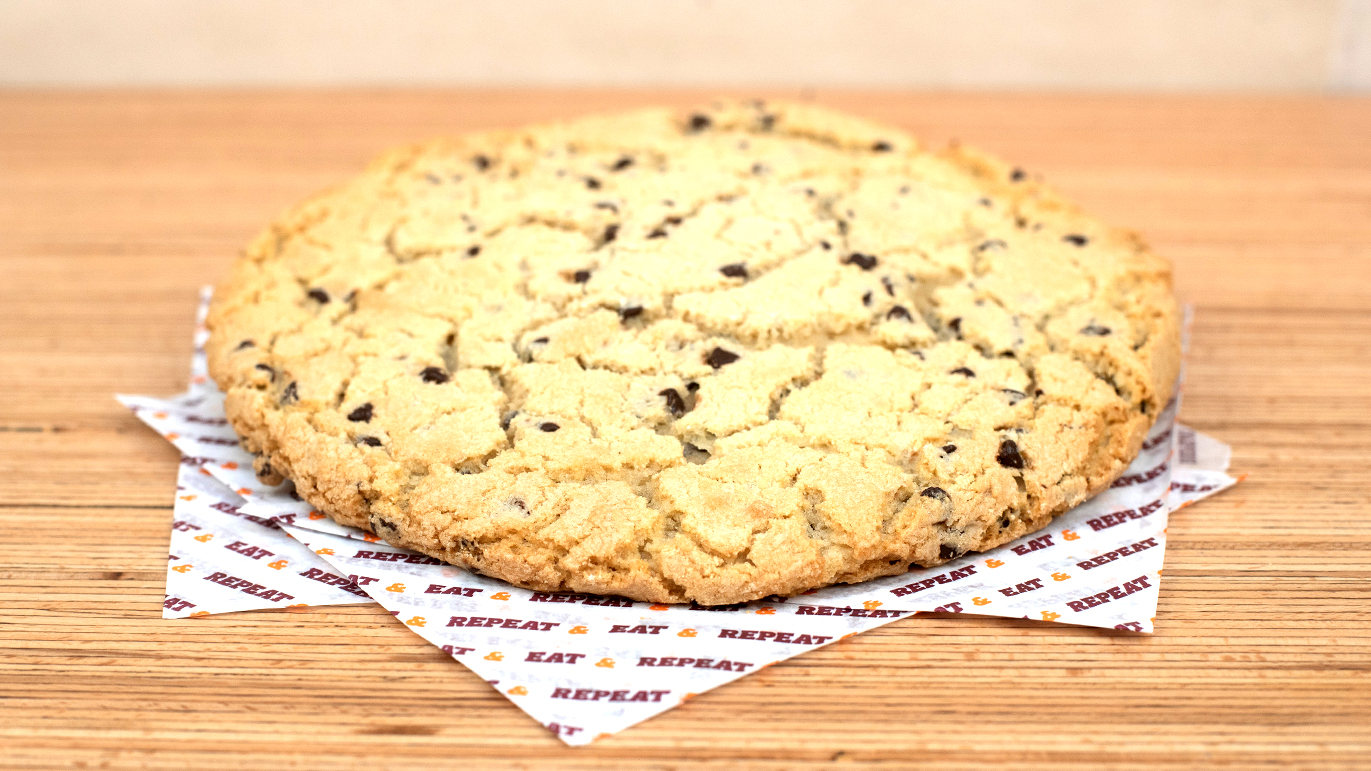 Value is very important to Shaq, he added, and these oversized items are priced higher than fast food but deliver on quantity and quality. Sandwiches run $7.49 to $9.99, but they really fill you up and are made with the best ingredients, said Silverman.

Members help make our journalism possible. Become a Restaurant Business member today and unlock exclusive benefits, including unlimited access to all of our content. Sign up here.